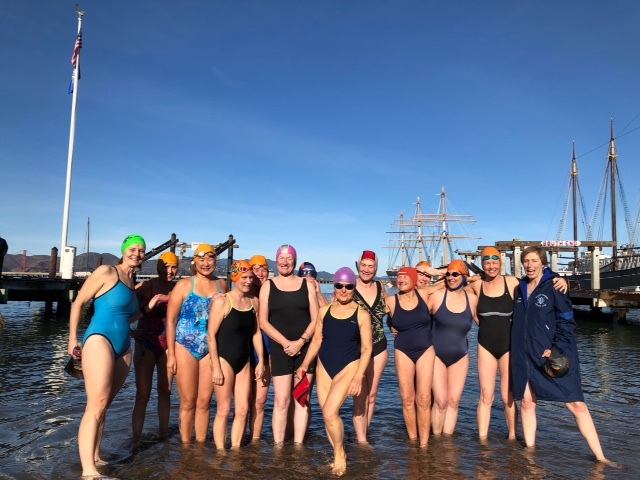 The annual New Year’s Day Alcatraz swim, run by South End Rowing Club, had to be scrubbed due to weather.  Instead, the swim was inside the breakwater, outside the breakwater and back to the beach.  We only were able to capture places, but below is the order of finish for Dolphin Club members only.